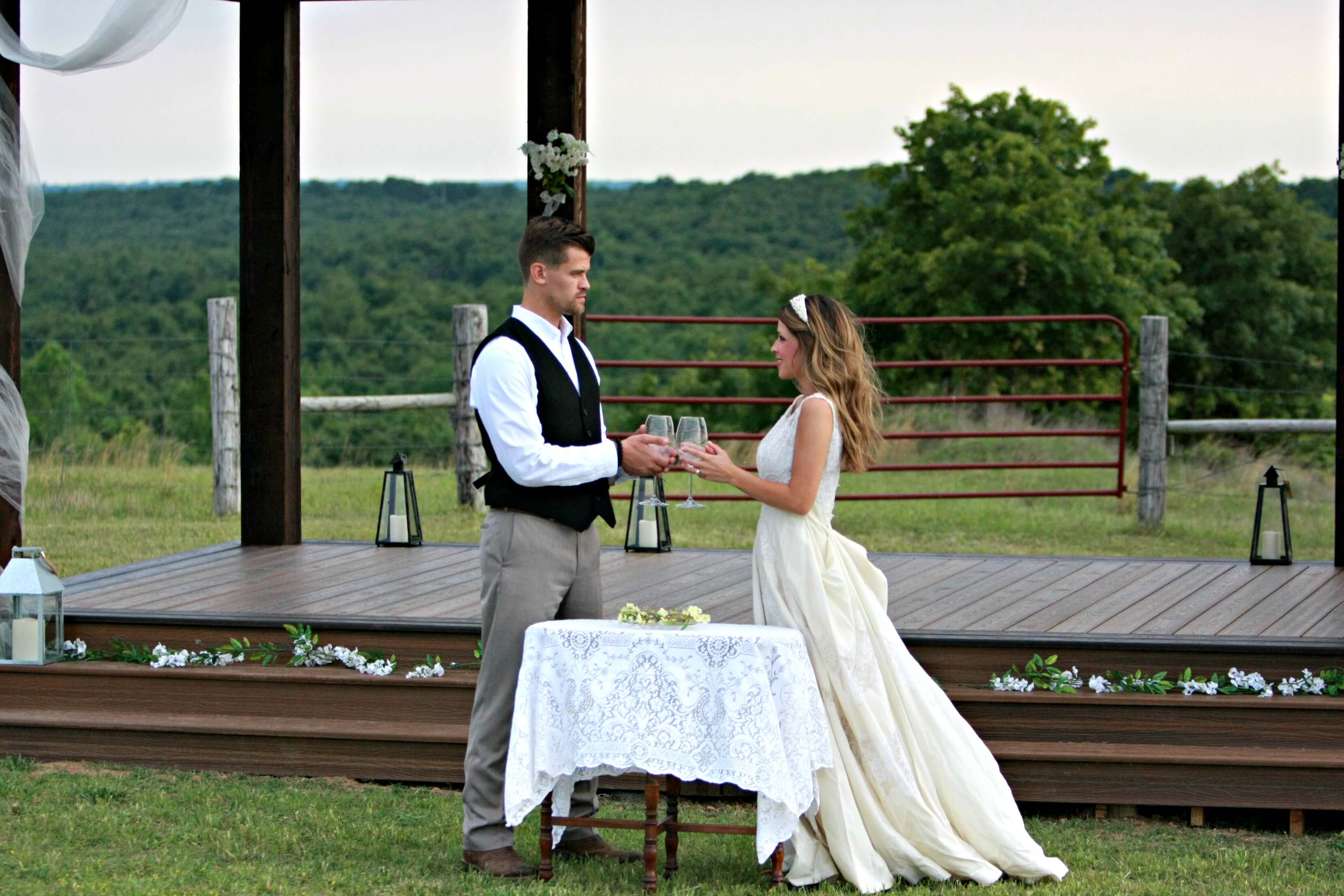 Tulsa wedding venues can host many kinds of wedding ceremonies.  A large number of these ceremonies are Christian weddings with many couples integrating faith-based acts into their ceremony. If you are wanting to add a more spiritual emphasis to your wedding ceremony, consider adding some of these Christian-based actions into your special day!

A testimony of faith is when the minister asks both the bride and the groom if they have accepted Jesus as their Lord and Savior. It is a declaration of their faith to each other and to all the witnesses at their wedding. By making this public acknowledgment, they are testifying to their faith and commitment to live not just for each other, but also for God.

You and your partner taking communion at your wedding can be a beautiful and intimate time together. It is usually administered to the bride and the groom by the minister while a song is being played. There are some weddings where everyone present takes communion as well. Sometimes, the bride and groom will serve communion to all of their guests.

The Unity Cross is fairly new in the Christian wedding ceremony. Basically, it is a cross sculpture that the bride and groom put together during their ceremony. It symbolizes the two becoming one under God. The Unity Cross was originally created by Michael Letney and you can find more information on it at unitycross.com.

A foot washing is one of the most humbling experiences anyone can have. To have someone else was your feet is both humbling and intimate. Having the bride and groom wash each other’s feet symbolizes that they are willing to serve each other.

The tying of three cords symbolizes the bride and the groom and God becoming one under God. It also symbolizes that a three strung cord is stronger than a one or two cords. Three cords cannot easily be broken symbolizing that with each other and God, their marriage will remain strong and secure. It is a symbol of God’s sacred union in marriage.